The Callaway FT-iZ Tour Driver is a latest offering by one of the top names in golf. Callaway Golf, an American company with a long list of PGA and LPGA endorsers, focuses on integrating the latest technology into clubs that fit a wide range of golfers, from high handicappers to the pros. 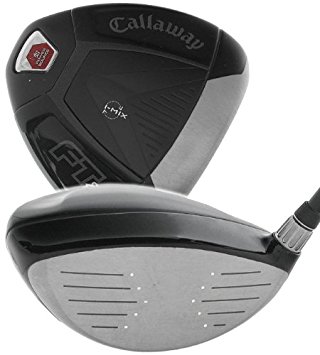 A new driver to the golf scene, the Callaway FT-iZ Tour Driver with features inspired by tour pros. Its large 440cc head has a smaller footprint than many models and a deeper set face. An open face angle, reduced face progression and a full-length hosel mirrors the type of clubs preferred by pros. Its External Web Weighting positions the clubhead’s center of gravity at the perfect spot for greater power behind the shot.

Finally, the head is made of a carbon composite material with a titanium face cup for an even lower center of gravity and higher moment of inertia. The clubhead’s unique shape and styling looks great on the course, but its design is truly about getting the most aerodynamic shape possible for reduced drag and a smoother swing.

This Tour Driver is available in both right-handed and left-handed versions, and each club has an Aldila Voodoo shaft, available in stiff or regular. Calloway’s main claim about the FT-iZ is that it is the longest and straightest driver made yet.

The driver’s polar weighting makes it stand out among the crowd. Callaway’s engineers have created the driver to have nearly three-quarters of its weight at the face and the back port. The result is a club that is more stable, particularly in the face of mishits.

Released to great acclaim, the Callaway FT-iZ Tour Driver has been tried widely by tour pros, Callaway fans and players with other preferred brands. Callaway’s new features have resulted in a better game and further shots for many players, especially those who are mid- to high-handicappers. The club’s progressive style head may be a bit of an adjustment for players used to a more traditional style, but the driver holds its own among the competition.